After almost 20 years of experience, starting from old barber’s shops and reaching the modern ones, having tried the best products on the market, Roots, the first pomade 100% made in Italy was invented. This pomade combines tradition and innovation. It is ideal for those who want a perfect gentleman-like style from morning to evening, it perfectly embodies the starting point of Barber Mind’s philosophy, strongly connected with “Roots”. An old-fashioned style combined with modern awareness resulted in the creation of the first water-based pomade containing Tsubaki oil, useful to have softer and hydrated hair, and exceptionally good at keeping the scalp healthy and avoiding itches and irritations. It does not leave any residues.

Barber Mind - The Italian city of Milan is not only famous for its fashion brands like Prada, Armani, Gucci, Dolce & Gabbana, but has been famous for years for the Europe's pioneer in traditional Gentlemen's salons — Hiro's Barbershop. "Do what you love and you won't have to work a single day in your life" — this was the maxim of Hiroshi Vitanza, better known as Hiro. Since his childhood in Italy, Hiro was fascinated by the passion and the knowledge about the craftsmanship of the barber. Hiro learned the profession as a barber from an old-school 70-years-old master. In 2002 his dream became reality — years before barbering got trendy in Europe — with his own "Hiro's Barbershop", the first barber shop of Europe situated in the Italian fashion city Milan. Here, classic gentleman haircuts and the almost forgotten tradition of barber salons were reawakened.

There are no reviews yet.

Only logged in customers who have purchased this product may leave a review. 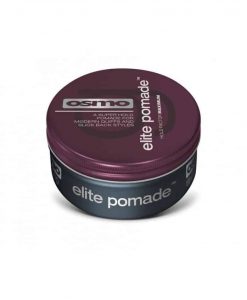